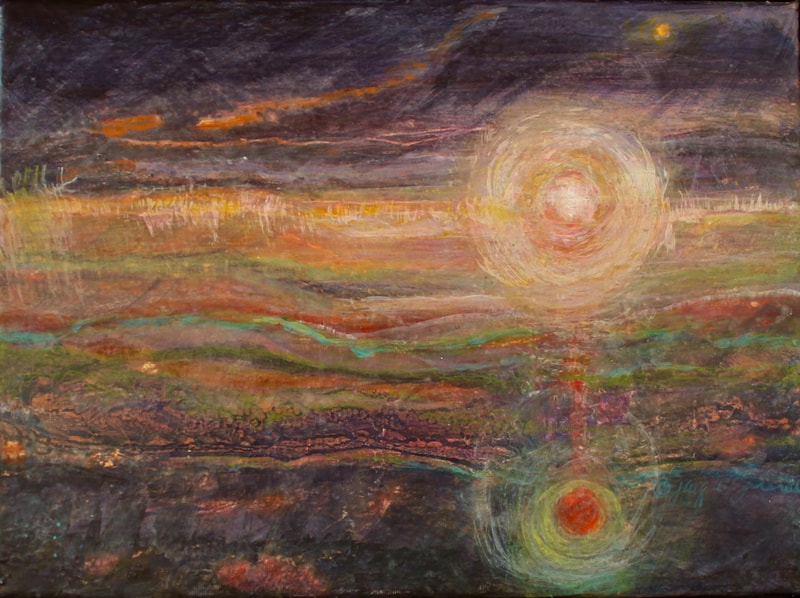 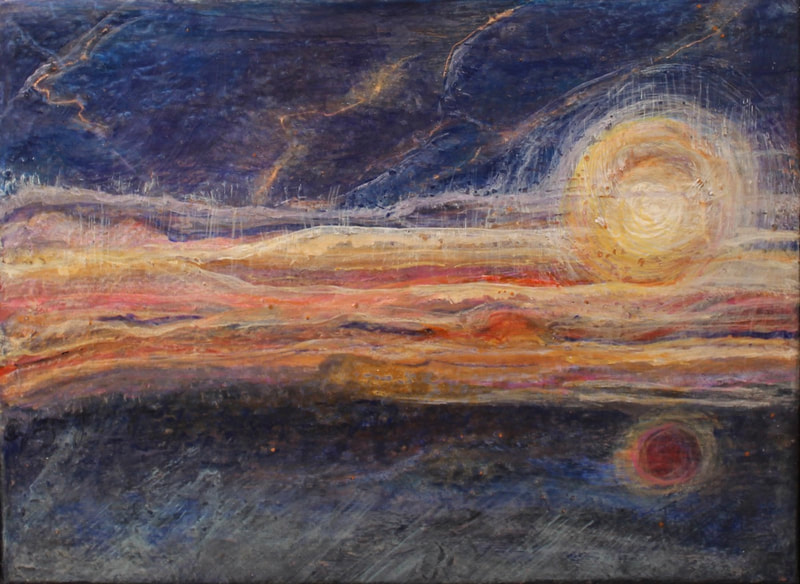 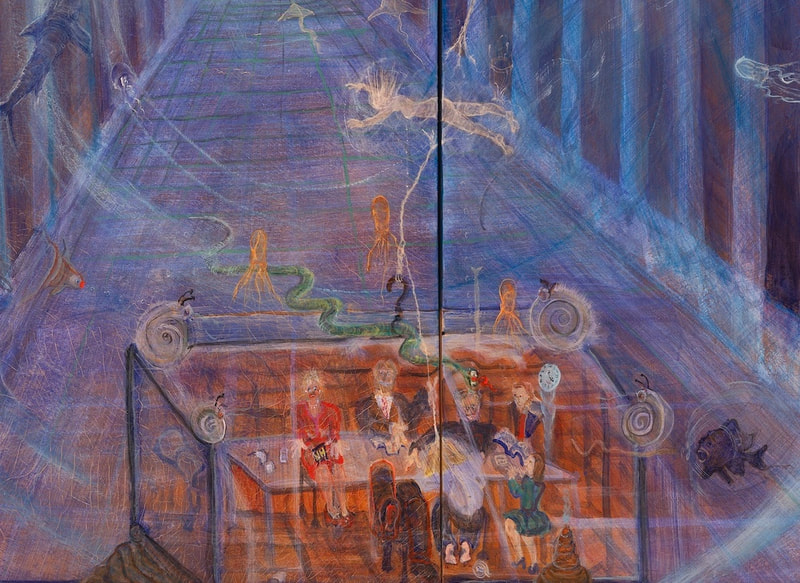 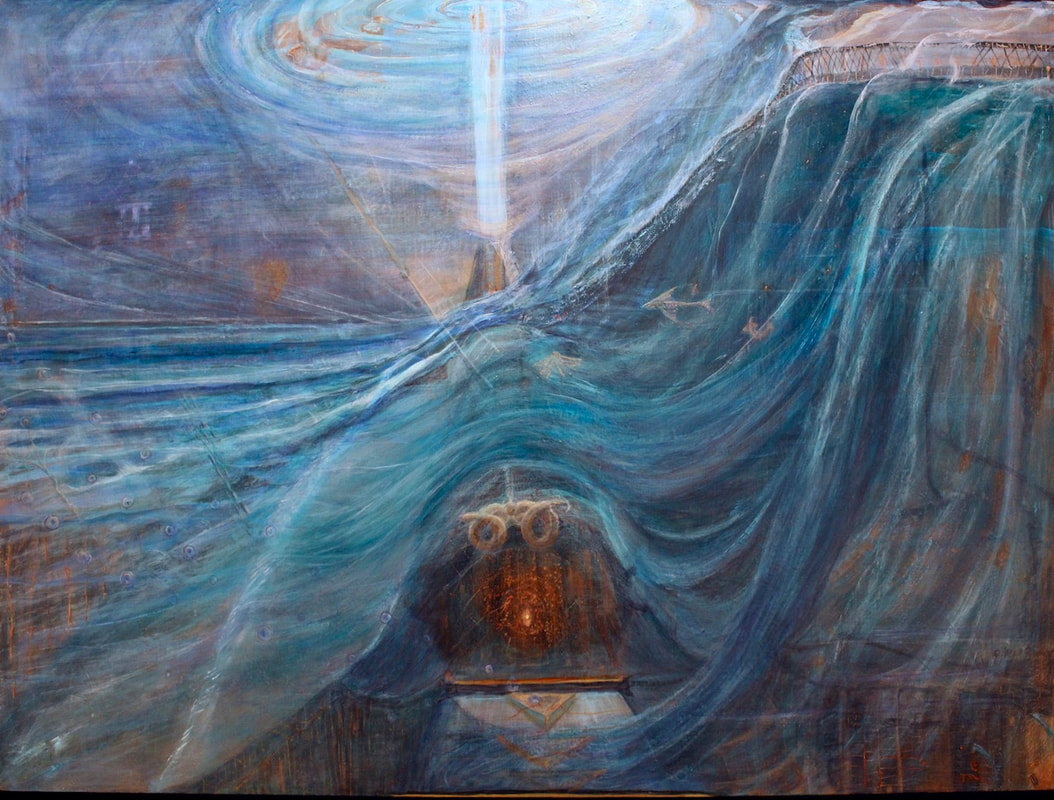 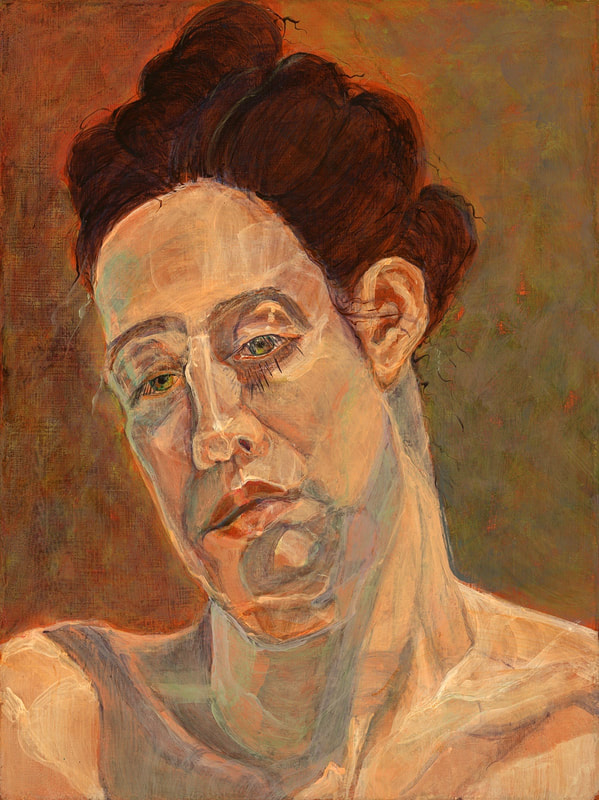 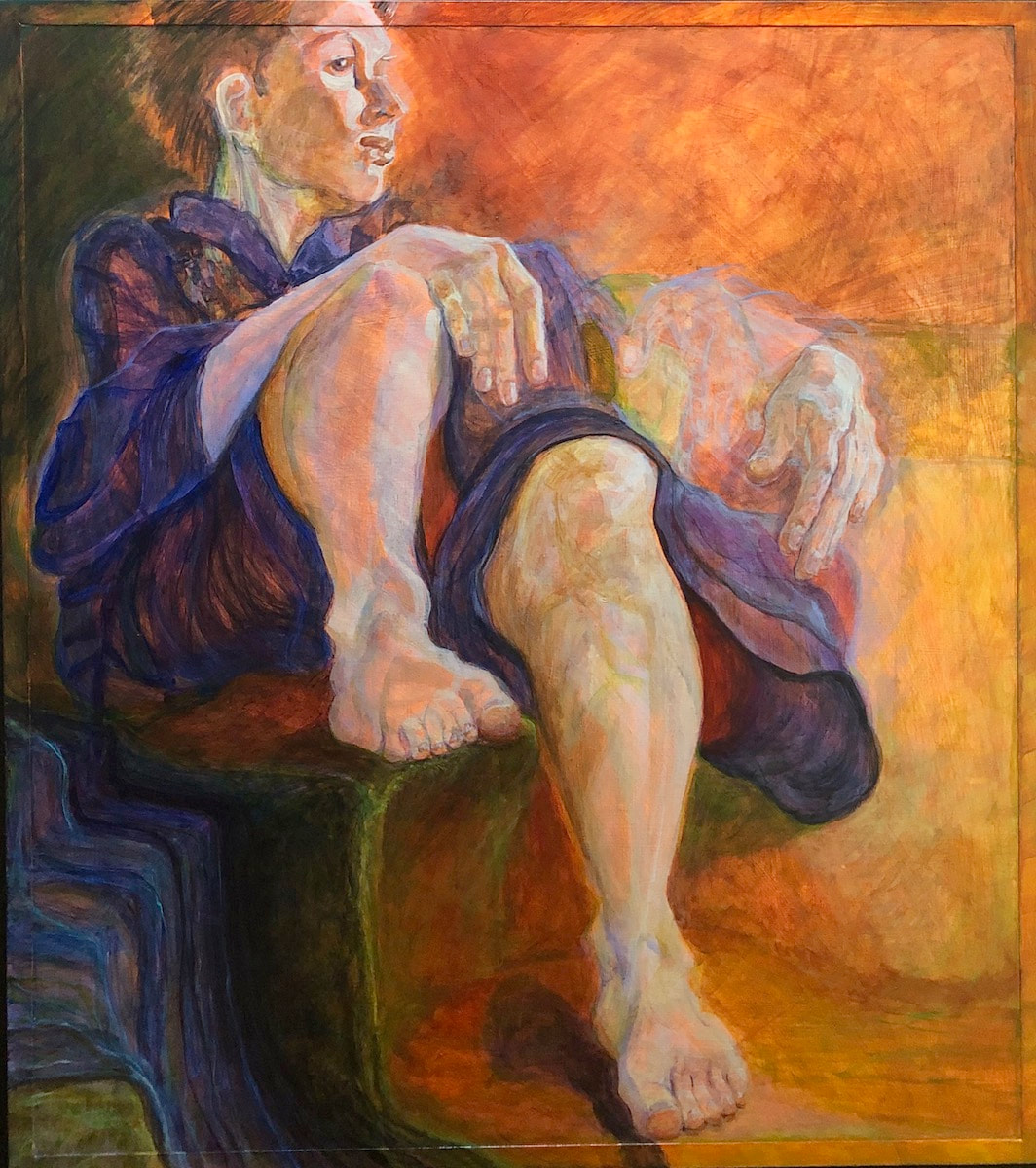 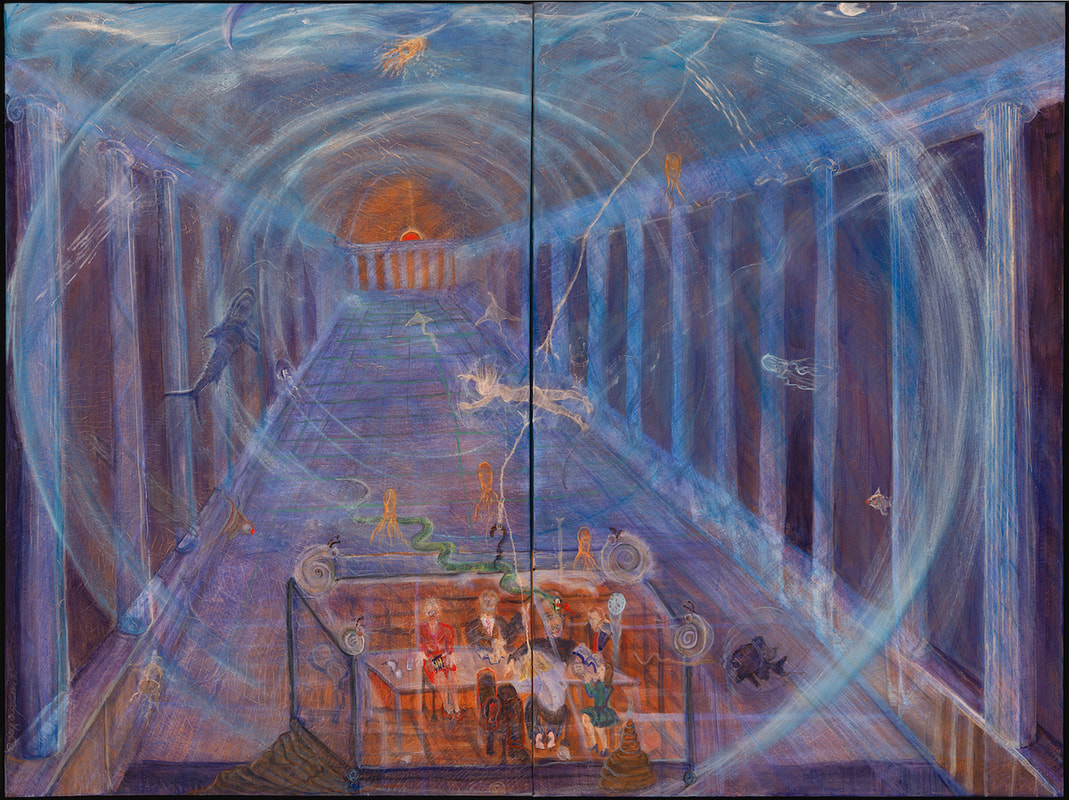 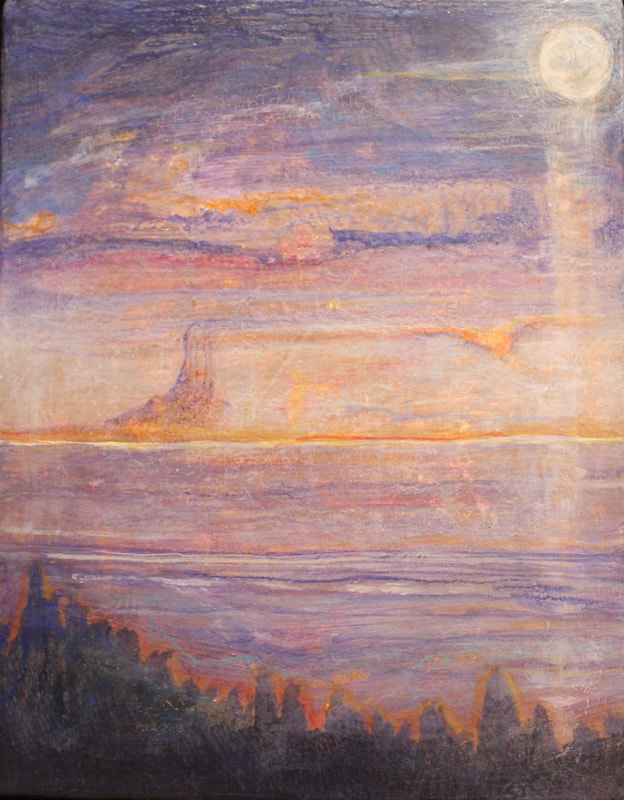 Painting the figure is the most challenging and mystifying practice I have encountered. My purpose is to capture an  interactive moment in time. The visual training and execution is as intense as athletic contest.


The process begins with the model's energy, a transparent commodity, as I work my way to the surface of skin.  Transparency is the technical and spiritual motivator for these paintings.  Seen in this way, they are not portraits so much as they are conduits of prelingual universal truths.  Human expression, transparent, shared culturally yet uniquely individual, is so closely linked to water's liquid movements because it is such a fundamental component of our bodies. Water and Spirit are metaphorically inseparable in these works.  My paintings attempt to harness the complexity and the environmental vagaries of human interaction and emotion using human structure as a springboard.


My work process is direct.  I make no preliminary sketches or drawings for these paintings.  They grow.  Once I am comfortable with the model before me, I begin layering colors - glazing to produce a translucent depth of interplay between line and color. The transparency and layers of colors are integral to my thematic focus of permeability: the figure and its grounding atmosphere (which includes me and my interactive perceptions) are one and the same.


Unguarded vulnerability, brittleness, resilience, magnetism: these are emotions that defy literal description, but which fascinate me and propel the work.The human form is the most complex organization of water that I have drawn into my focus and practice. I have been fascinated by the diversity and and constantly evolving expressions of human energy, posture and repose since I can remember.

Working on the figure gave rise to water imagery from early in my practice.  It bubbled to the surface not only as a metaphor for the unconscious, but also as something about which I cared deeply.

When I was in my early twenties, I taught marine science to a large group of teenagers in the Florida Keys. We snorkeled daily, and the wonders of  the underwater world became my effervescent reality and research.


Tangentially, the glass forms I have created for my sculpture are also translations of water energy, and their fluid transparency a metaphor for truth and clarity.


The refreshment of water fulfills a universal human thirst: spiritual, tactile, auditory, visual. Metaphorically, it is the incubator of life: a regenerative, healing, cleansing, transparent, turbulent, and reflective liquid.


Being & Time was one of the first paintings I did using a model.  The incorporation of horses, weather and water made it more of a lyrical painting than I had first anticipated.  It's a great example of a work that grew on it's own.  When I had the opportunity to paint again from models without the obligations of teaching, the intensity of human interaction consumed my canvases.  Even so the background demands integration and atmospheric decisions.  They became what I would call humid paintings.

When I decided to make water the focus, the figure surfaced anyway.  The core theme of these paintings is the interactive play between this miraculous substance and humanity: it’s gods, its tools, its vehicles, its intrusions.  My direct work approach to these paintings -working with an idea but without a plan, tuning into them as they grow- is the same as it is for the figurative work.


These paintings are in fact elegies offered up to gorgeous, tempestuous La Mer.  In paintings where the figure is seemingly absent as in Coming Home, the inspiration evolved from looking down on the relationship between land and water as I am viewing it from a plane.  In Probe the human element is extended into the painting
by a tool clearly intruding by human intent and ingenuity.

This transition made me realize how much my figurative paintings trained me to deal with water.  I now realize that I was probing the watery transparency of human emotions with layers of transparent glazes just as I am dealing with water’s transparency.


I must be in an open and receptive state of mind to receive what knocks at my heart. My hope is that some of my work knocks at your heart.